The objective was to realize the 3D textured model, the solid model and the orthomosaic map for integration on Google Map

Aerial photogrammetry takes all its sens on this old site

It makes possible to exploit the high potential of efficiency and precision of aerial photogrammetry by drone in relation of nearest old constructions or historical monuments restoration, but also of archaeological works and art structural inspection

Description: Small castle from the Middle Ages whose foundations are intact. Recent excavations and restoration works have found the condition of the place hundreds of years ago

For the validity of the project, 300 photographies are necessary from different angles, side and top views for best image resolution

I DO MY PROJECT

Scouting location and flight verifications made, the aerial shooting started with ideal conditions on a day of may 2021, light wind and no cloud

The flight went perfectly, the aerial photographies necessary for the project were successful

After processing the captured aerial images, here are the achievements of dense cloud, textured 3D model, solid model and orthophoto by drone 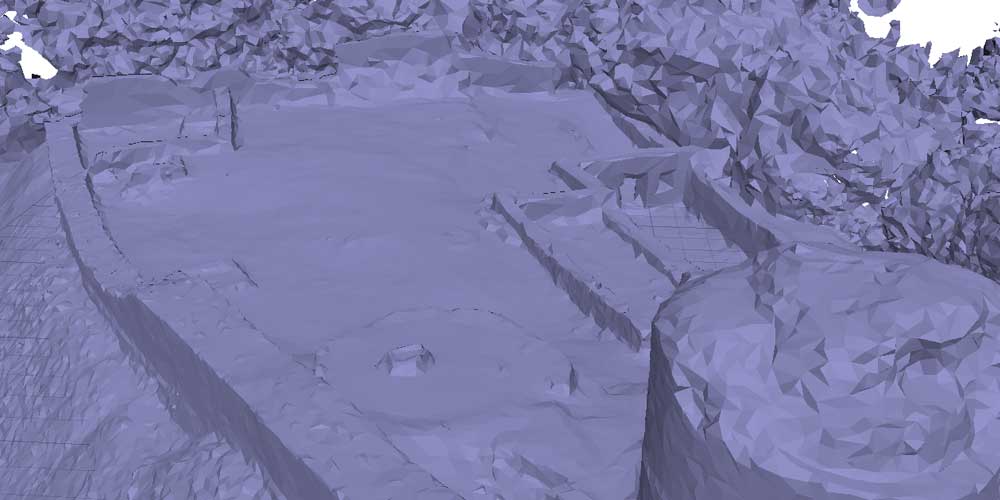 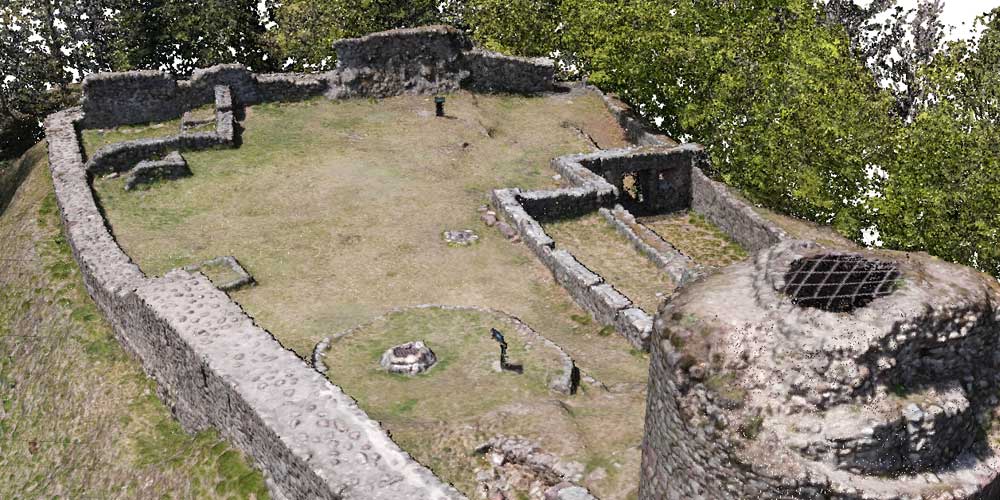 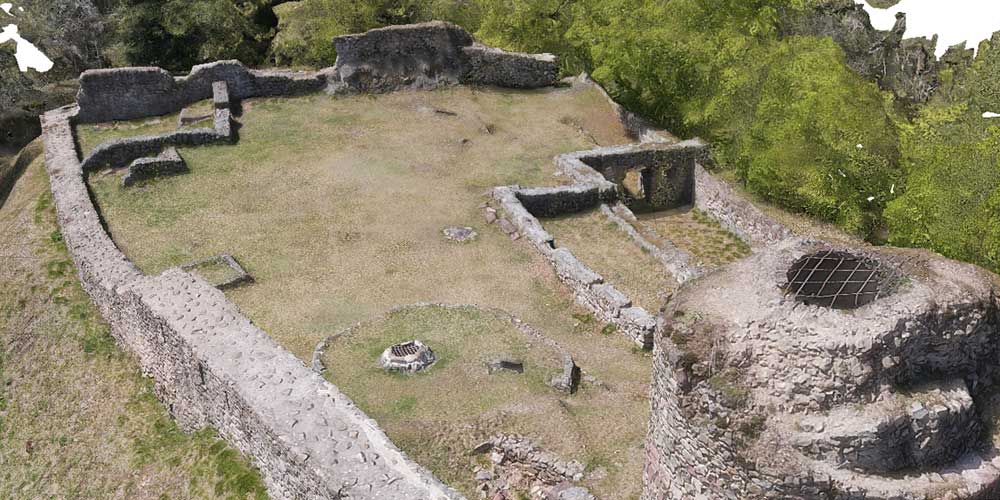 • End of the 12th century: construction by Frédéric II, Count of Ferrette and Lord of Rougemont, of this fortress to monitor the Porte de Bourgogne and the road along the foot of the Southern Vosges

The trapezoidal-shaped enclosure enclosing a quadrilateral-shaped tower does not yet have a barbican. The stately home leans against the south wall

• Around 1300 reorganization of the castle following a fire, addition of the barbican, reconstruction of the circular tower on the basis of the rectangular tower

The stately home is moved against the north wall

• 1347 the Archduke of Austria, Albert II of Habsburg, inherits the seigneury of Rougemont. The village will remain Austrian until 1648

• 1648 treaties of Westphalia, the seigneury of Rougemont becomes French

• 1990 end of the excavation site, the site can accommodate the public

NEED ANY INFORMATION ?
A QUOTE FOR YOUR PROJECT ?
LET’S TALK ABOUT IT

OR ON THIS FORM
YOU WILL GET A REPLY SHORTLY